Once an injury occurs, an application for workers' compensation must be filed to avail yourself of all the benefits the Ohio Workers' Compensation Law affords. Below is a discussion of some procedural issues of which you should be aware. If you have further questions about the claims process, then please contact a member of our legal team.

A Columbus workers' compensation attorney from Zamora & Hogan Co., L.P.A. can make sure that you take the right action.

Report the Injury to Your Employer

An injury may be the result of a sudden mishap at work. Or, an injury may be the result of repetitive work activity, such as a cumulative trauma disorder (for instance, carpal tunnel syndrome). The workers' compensation law recognizes that not all injuries occur due to a sudden mishap. An injury that occurs gradually over time may also be a compensable work injury. Once the injury happens, or you receive a medical diagnosis, notify your employer immediately and fill out an accident report. If you are a police officer, fill out an "injury packet."

File a First Report of Injury with the BWC

The application for workers' compensation benefits is called the First Report of Injury ("FROI"). Under the workers' compensation law, the FROI may be filed by the injured worker, an attending physician or health care provider, or the employer. Once filed with the Ohio Bureau of Workers' Compensation ("BWC"), a claim number is immediately assigned. The Columbus, Ohio BWC will mail an identification card to the injured worker, which contains the claim number and other relevant information about the claim. The injured worker will use the BWC identification card similar to a health insurance card when obtaining medical services. Continue to see your doctor while the BWC begins to process your claim. Make sure your doctor treats workers' compensation patients before you begin treatment.

In Ohio, employers are classified as either "state fund" or "self-insured." In both cases, the Bureau of Workers' Compensation will assign a customer service specialist ("CSS") to your claim. The CSS takes a direct role in state fund claims, but an indirect role in self-insured claims. For state fund claims, the CSS makes initial decisions concerning the allowance of the claim, the setting of the average and full weekly wage, payment of compensation, scheduling of medical examinations, the issuance of orders, and various other matters.

In Ohio workers' compensation claims, there are two general forms of benefits: (1) medical benefits and (2) compensation. The payment of medical benefits in state fund claims is made by so-called managed care organizations ("MCO"). The MCO processes requests from the injured workers' attending physicians and medical providers for medical services, such as requests for treatment, diagnostic studies, physical therapy, consultation exams, medical appliances, and other treatment issues. Typically, treatment requests are submitted on a "C-9" form. If the MCO disapproves or modifies the C-9 request, the injured worker and/or the attending physician may appeal. If an appeal is filed, an alternative dispute resolution ("ADR") process begins. This process consists of medical "peer reviews" and additional decision-making by the MCO. Ultimately, if the injured worker is still dissatisfied with the MCO's decision, the BWC reviews the matter and issues an Order, which the parties may appeal to the Industrial Commission of Ohio.

For self-insured denials or modifications of C-9 requests, the injured workers' remedy is to file an administrative motion with the BWC and request the Industrial Commission of Ohio schedule a hearing. At the hearing, all parties may testify and present evidence in support of their respective positions. After the hearing, the Industrial Commission's duly assigned hearing officer will issue an Order by mail to all parties and their representatives. Further appeals may be available to the parties.

Duty of the Injured Worker to Cooperate

The "Life" of Claims 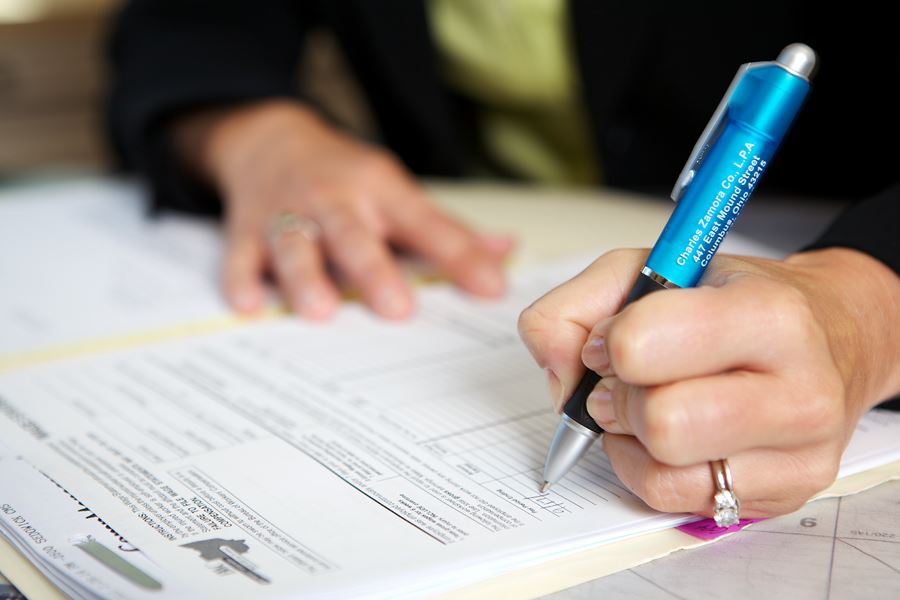 For lost time and medical-only claims on and after August 26, 2006, the claim lasts for five (5) years from the date of injury or occupational disease. The claim is extended five (5) years each time a bill or compensation is paid in the claim unless a period of five (5) years has passed without the payment of such compensation or medical benefits. There may be options available to you that will continue to extend the life of your claim so that it does not expire. It is advisable to discuss the specifics of your claim with an attorney to determine the date on which your claim will expire.

The Ohio General Assembly enacted legislation changing the definition of "injury." As a result of a failed referendum attempt, the Supreme Court of Ohio ruled that such legislation became effective August 26, 2006. The statute is R.C. 4123.01(C)(1)-(4) and defines the term "injury" as any injury, whether caused by external accidental means or accidental in character and result, received in the course of, and arising out of, the injured workers' employment.

The term "injury" also does not include injuries or disabilities caused primarily by the natural deterioration of tissue, an organ, or part of the body.

The workers' compensation law prohibits employers from retaliating against any employee who files, pursues, or testifies in a workers' compensation proceeding. If the injured worker suspects the employer has engaged in unlawful retaliation (such as a suspension, demotion, reduction in pay or status, failure to promote, disciplinary action, discharge, or other adverse job action), the worker must provide written notice to the employer of the alleged violation within 90 days of the adverse job action. The injured worker must then file the lawsuit within 180 days of the adverse job action. The time limits are jurisdictional; a lawsuit will be dismissed if it is filed outside the jurisdictional time limit. The injured worker should contact an attorney immediately.

If any party disagrees with a decision of the Bureau of Workers' Compensation or a decision of the self-insured employer, and the party has filed a timely appeal (or a motion has been filed in the case of a self-insured claim), the matter will be scheduled for a hearing before the Industrial Commission of Ohio.

If your claim is scheduled for a hearing before the Industrial Commission, it is highly recommended you contact an attorney to represent your interests. Often, the employer attends with its attorney. Moreover, the BWC often has an attorney from its Law Department appear at the hearing. (Interestingly, this author has never had any hearing or claim where the BWC Law Department lawyer appeared and argued in favor of the injured worker). You should be aware, as the injured worker, you may have two (2) parties arguing against you at your hearing.

If an appeal is filed to the court of common pleas, the case proceeds de novo, meaning the injured worker bears the burden of proving (or re-proving) his/her right to participate in the workers' compensation fund, notwithstanding the previous decision of the Industrial Commission. The parties have the right to request a jury trial. However, the jury is not allowed to be told how the Industrial Commission ruled on the matter and/or whether the injured worker or the employer won at the administrative level.

The above information is intended solely as an overview. It is advisable to contact a Columbus, Ohio worker's compensation attorney to assess the merits of your claim.

Please call our Columbus workers' comp attorneys at (614) 344-6822 to discuss the specifics of your case.