House Bill 523 legalizes medical marijuana in Ohio effective September 8, 2016, and the new law is found ostensibly in Ohio Revised Code Chapter 3796. The Ohio Bureau of Workers' Compensation states it will not pay for patient access to marijuana in workers' compensation claims for several reasons. Because the U.S. Food and Drug Administration has not approved marijuana, and also because it is still classified as a Schedule I illegal drug under federal law, the BWC states the new law does not mandate approval in workers' compensation claims. Also, the BWC states prescriptions must be dispensed by a registered pharmacist from an enrolled provider; however, medical marijuana will be dispensed by retail dispensaries. Finally, the Ohio BWC states medical marijuana is not on its pharmaceutical formulary, under which the BWC provides reimbursement for approved medications. It is worth noting the Industrial Commission of Ohio, the quasi judicial administrative body responsible for adjudicating disputes in Ohio BWC claims, has not itself promulgated rules concerning medical marijuana. I suspect the issue of whether the BWC or self-insured employer must provide reimbursement for medical marijuana will ultimately be decided by the courts, as it is inevitable there will be a physician who will prescribe it in a BWC claim and that an injured worker will pursue the request. 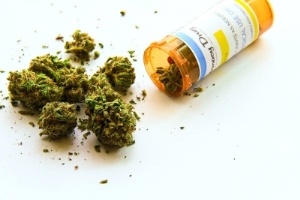